Women Have Served in U.S. Wars since the First 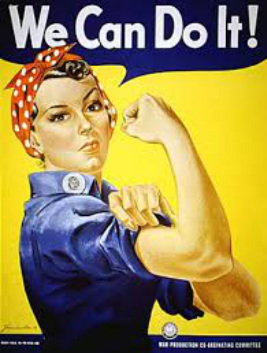 (From The Army Times) American women have served and died on the nation's battlefields from the first. They were nurses and cooks, spies and couriers in the Revolutionary War. Some disguised themselves as men to fight for the Union or the Confederacy. Yet the U.S. military's official acceptance of women in combat took more than two centuries.

New roles for females have been doled out fitfully, whenever commanders have gotten in binds and realized they needed women's help.

"The main driver is that it's been militarily necessary," says retired Capt. Lory Manning, a 25-year Navy veteran who leads military studies for the Women's Research & Education Institute. She points, for example, to creation of the Army Nurse Corps in response to the struggle against disease in the Spanish-American War.

Some milestones on the way to this week's lifting of the ban on women in ground combat jobs:

They didn't wear uniforms, but the Army hired women as nurses, cooks and laundresses during the American Revolution. Women were also spies and saboteurs. They carried George Washington's messages across enemy lines to his generals.

Many "camp followers" went to war with their soldier husbands, sometimes bringing children along. Some stepped into the places of fallen men in battle. Other women disguised themselves as young men to join the fighting.

A few hundred women secretly served as Civil War soldiers, historians estimate. There are records of some who were discovered only after they were wounded or killed.

For her service as a Civil War surgeon, Dr. Mary E. Walker was awarded her era's Medal of Honor. Harriet Tubman led a group of former slaves who spied on Confederate troops in the South and helped the Union Army free more slaves. A Virginia woman, Elizabeth Van Lew, ran one of the war's most sophisticated spy rings for the Union. Clara Barton's experiences tending battlefield wounded led her to found the American Red Cross.

Despite their record as volunteers and contract workers, women were denied a place within military service until 1901, when the Army Nurse Corps was created. Navy nurses followed in 1908.

What prompted the creation of the Nurse Corps? The devastating toll of typhoid, malaria and other diseases that killed far more soldiers than the fighting during the Spanish-American War.

Overwhelmed by the tropical diseases, the military rushed to find more than 1,500 female contract nurses to serve at military hospitals and aboard ships. Twenty-one nurses died in the line of duty. After the war, the Army's surgeon general called for creation of a permanent nurse corps with reserves at the ready for future wars.

The world wars brought large-scale proof that women could handle many of the military's noncombat jobs. They were recruited to "Free a man to fight!"

For the first time in World War I, women other than nurses were allowed to enlist in the Navy and Marines. They worked as telephone operators, accountants, draftsmen, clerks. Some went to Europe. Still, only about 35,000 women, the majority of them nurses, served among nearly 5 million U.S. men. They were promptly sent home after the armistice.

They were the advance troops for the wave of women to come in the next world war, including the Navy's WAVES and the Army's WACS. There were even civilian pilots — the WASPS — who repositioned planes and towed gunners' targets but were denied Air Force status.

The demands of a huge military buildup and a diminishing pool of male draftees crumpled resistance to enlisting large numbers of women for World War II.

"America was attacked," said Vaught, president of the Women in Military Service for America Memorial Foundation. "Women felt, ‘This is my country, I've got to help defend my country.' They wanted to be part of it."

World War II was the turning point that earned women full-fledged military status. In 1948, after fierce debate, Congress approved allowing women to serve in the regular forces of all branches of the service all the time, not just in war.

In peacetime, the Pentagon retreated back to assigning females to "women's work." They got few chances at promotion and couldn't be admirals or generals. Although military nurses risked their lives in Korea and Vietnam, the military insisted women weren't fit for combat conditions.

The equal rights movement prompted some changes — in 1967, Congress got rid of a law limiting women to 2 percent of the military and opened up promotions to higher service grades.

But the armed services didn't welcome women back in a big way until the nation cut off its guaranteed supply of men.

In 1973, the draft ended and the all-volunteer military was born. Short on male volunteers, the Defense Department began seriously recruiting women and assigning them a wider range of jobs. In 1975, the service academies were opened to women.

Women grew to more than 10 percent of America's force by the 1980s.

More than 40,000 women deployed for the Persian Gulf War in 1990 and 1991. They worked alongside men, flying helicopters, driving trucks, guarding bases and firing missiles as Americans at home watched on television news.

Officially women were banned from combat. But there were no clear front lines. Women soldiers and Marines were at risk wherever Scud missiles fell.

"They always said the American public will not live with women coming back in body bags," said Vaught. "Well, they did. We found out there wasn't a big reaction from the public. They recognized that these women were there doing their jobs. We have adjusted to that as a people."

After the Gulf War, jobs flying combat planes and serving on warships were opened to women. And some restrictions on combat-related jobs in the Army and Marines were eased.

More than 200,000 women serve in the military now — 15 percent of a force of 1.4 million. And the wars in Afghanistan and Iraq have obliterated any remaining notion that they can be kept out of the fight.

With the military straining to staff two wars at once, everyone was needed. But battle lines were jagged; insurgents could be anywhere. Women in support jobs found themselves in firefights and blasted by roadside bombs. And their gender made them especially valuable on some patrols: They could search and interview Muslim women whose culture forbid such contact with men.

In 2012, to reflect the new realities, the Defense Department changed its rules to officially allow women into many jobs they were already doing, but in units closer to the fighting. They were still banned from the most dangerous jobs, such as being infantry soldiers or Special Operations commandos.

On Thursday, Defense Secretary Leon Panetta announced an end to the ban on women in combat. Women have become an integral part of the service, fighting and dying alongside men, Panetta said. In fact, 152 women in uniform have died in Iraq and Afghanistan.

"The time has come," he said, "for our policies to recognize that reality."